Many people have said that they disable their Google Maps on their cell phones because they feel like they are being monitored and their privacy is compromised. A few days ago, I received a report from Google Maps called my “2019 Timeline.” I was shocked and pleasantly surprised at the amount of travelling I had done over the last 365 days. It also made things clearer as to why I hadn’t written as much in 2019 as I wanted to.

January 2019 started with being away from home, as we were celebrating New Years three hours away in Fauquier and Edgewood BC. Two small towns nestled in the mountains between Nakusp and Vernon on Hwy 6. Visiting one of my closest friends was the perfect way to kick off 2019. Two weeks later I was accompanying a friend on a road trip eight hours west to the Coast near Vancouver BC. It was a great opportunity to visit my son and his family. We stayed on the east side of the beautiful city of Vancouver with friends and family. It was a short trip but always worth the hours to hug and play with my grandson.

February took us out of the country to beautiful Salt Lake City Utah to attend a conference. I would have loved spending more time exploring Salt Lake City, but as with most conferences, you spend a great amount of time in board rooms and coffee shops. I met a lot of wonderful people and discovered some history of the City. February ended with another trip to the Coast to help my youngest son relocate to Northern BC. February is probably one of the worst months to move over eight hours North, but he took it slow and steady and developed some new skills and bravery as a young driver.

I was back up to Edgewood at the beginning of March for a short visit, but then we got some terrible news that had me travelling to the Okanagan in the middle of the month. My sister’s little body finally gave up the fight and she passed peacefully in the hospital. This was not the usual trip we love to drive through Penticton and Osoyoos BC, and her passing has made the trips through Osoyoos difficult for the rest of the year. Maybe even years to come. Many miles were clocked in March as I traveled from my home, to the home she was re-locating to, in Castlegar BC. It is a sad reality that our lives seem to end with just boxes of things some-one else must sort through and decide what to keep and what to give away.

April was a bittersweet month of travel as it started with another trip through the Kootenays and the Okanagan to pick up my sister’s ashes and distribute some of her things. My little sister and I used to love this road trip from Osoyoos, to Penticton, North to Kelowna and Vernon, East to Edgewood and Nakusp, then South to Castlegar and Nelson. A beautiful drive I have taken more times than I can remember. After a month of stress, we found a last-minute travel deal and headed off to Cancun, Mexico for a week of relaxation and sun.

Two days after landing back home, we celebrated the graduation of five of my young friends graduating College at the end of April, and heading right out from their ceremony to Idaho, USA. May 2019 marked a road trip that I will never forget for so many reasons. The main reason was the opportunity to become a certified Infinite Possibility Trainer under Mike Dooley, one of my favorite Authors and Speakers. This road trip took us through five States and almost 4000 kms. We stopped in places like Coeur d’Alene Idaho, Buffalo Wyoming, Mount Rushmore and Rapid City South Dakota, Denver Colorado, and Billings Montana, where I spent a night in a hotel I fell in love with. After spending five days learning how to manifest my dreams, it appeared the Universe was proving how easy it was by leading me to a hotel that looked like it was created out of my dreams. The hotel looked like a giant log home with a water park inside and wood carvings of bears every where. One was even peaking in my window when I opened the curtains in our room. Throughout the hotel were carvings of animals, carpets and tiles of bear paw prints and decor out of Country Log Home magazines. I could have happily moved into this hotel and I will return some day soon.

The month of May didn’t stop there because just two days after arriving back home again, I was off to a dedication ceremony for my sister in Vernon BC at a Zimbabwe Fundraising Dinner. I had raised funds in her honor and dedicated three libraries in her name in Zimbabwe. At the end of May I was back up to Edgewood for some much-needed R & R. This has always been my place to unplug, download and get back down to Earth. I am eternally grateful for this space.

I finally stayed close to home in the month of June as we created and celebrated my little sister’s life party in all the areas of the Kootenays she loved best. The last weekend of June had me on the road to the Coast again for another convention. I clocked a lot of miles in the lower mainland picking people up and dropping them off for our daily trip to Richmond, BC. I can’t complain as I got to stay with one of my closest friends, visit many more friends, spend time with my son and grandson, and visit beautiful White Rock BC. A quick trip but a beautiful one as I connected with two ladies that have since become my business partners, and closest friends back home in Nelson.

July was quiet as I prepared and taught my first Infinite Possibilities Class and became a Trailblazer. A Trailblazer is a title given to Infinite Possibility Trainers that affords us the opportunity to attend future training events and help certify future Trainers. This is my goal for 2020 and I am anxiously awaiting news that I am accepted to attend the 2020 training in Costa Rica in April of this year. The end of July we went on a beautiful hike at Merry Creek near Castlegar BC. A great place for hikers and bikers with a ton of different trails to conquer.

In August a friend of mine was travelling to the Islands on the Coast of BC and I asked if I could tag along to jump on a ferry and re-unite with my oldest sister. We had some years of distance as we went through some pretty big life changes. My oldest sister was more than a big sister through the years, and it was wonderful to re-connect and catch up for a few days. It definitely was not enough time spent on the Big Island, but we traveled to Duncan, Nanaimo, Qualicum and Parksville BC. A must see for any traveler.

September had me back in Salt Lake City Utah with my new business partners where I gave my first speech to a large audience of over 500 people. It was a great experience and I hope to do get more comfortable giving speeches a few more times in my lifetime. While in Utah we did get to a few outlying areas like Bountiful and Wellsville. I still would have liked to spend more time exploring Utah, so I am pretty sure I will return someday. The end of September we finally got some fishing done out at Lost Ledge Provincial Park near Kaslo BC.

In October through December I traveled mainly around home as I had started a full-time job in August, and it was time to start earning back the money spent through my 2019 travels. We did manage to get back to Kaslo to try our hand at the end of the year fishing season, back to Edgewood for a little road trip, and then to Castlegar, Trail and Silverton BC to do some marketing for my new job.

Thanks to this report I received from Google Maps, I was reminded of all my adventures of 2019 as well as providing me with the following stats. I traveled to 2 Countries outside my own, 60 Cities, and 304 places. I clocked over 31,210 kms which is equivalent to 78% around the World! The report even provided me with pictures and links to all the places I visited. So, the next time some one says to me that they turn off Google Maps for what ever reason, I might just tell them I think they are crazy, and they are missing a great opportunity to reminisce and rediscover their adventures.

I Saw An Angel Today 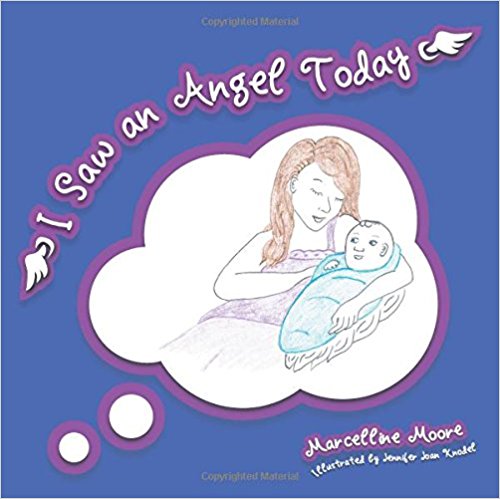